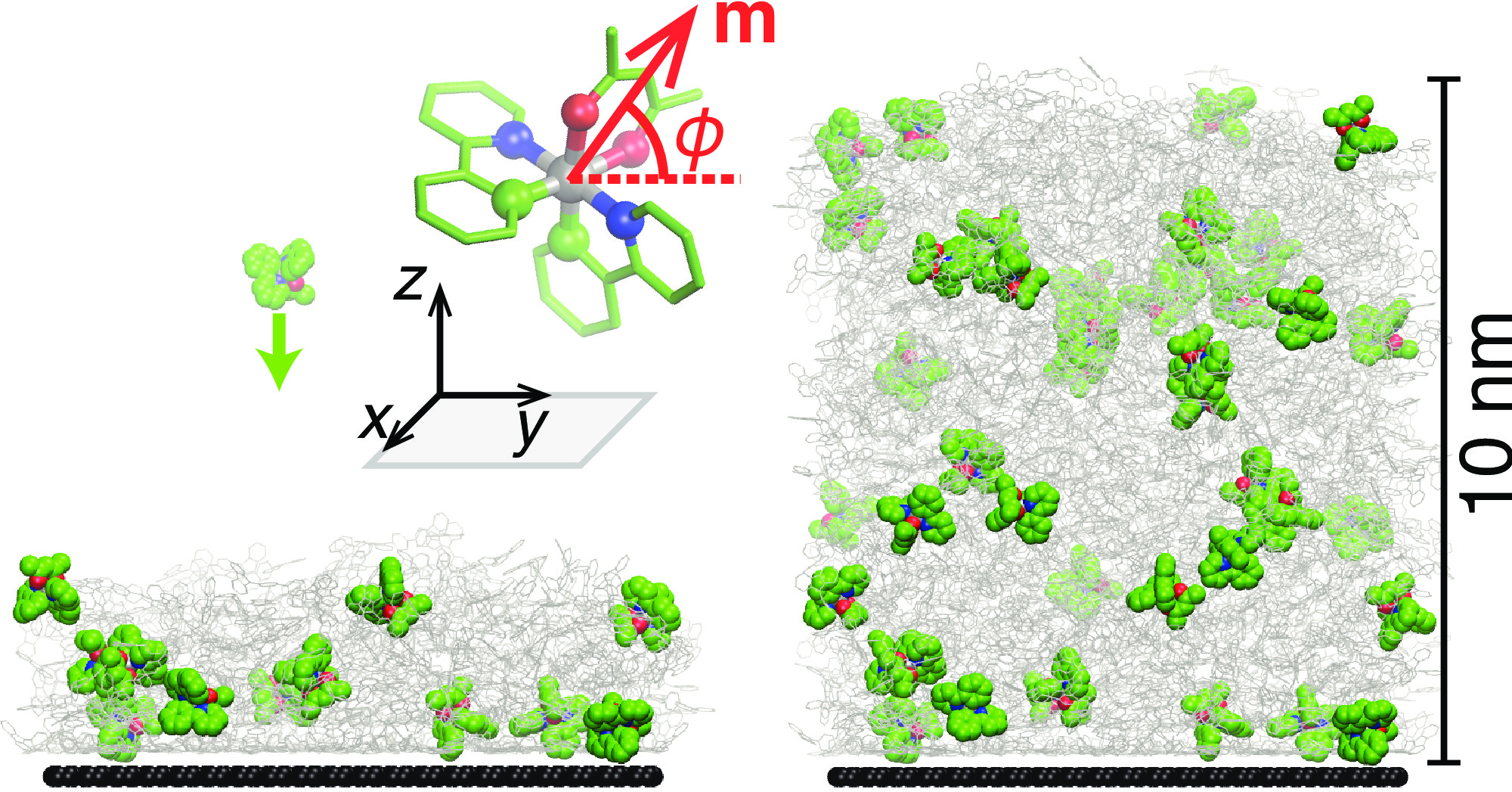 Snapshots of the morphology of an organic-light emitting diode as predicted by a molecular dynamics simulation.

Atomistic nonequilibrium molecular dynamics simulations have been used to model the induction of molecular orientation anisotropy within the emission layer of an organic light-emitting diode (OLED) formed by vapor deposition. Two emitter species were compared: racemic fac-tris(2-phenylpyridine)iridium(III) (Ir(ppy)3) and trans-bis(2-phenylpyridine)(acetylacetonate)iridium(III) (Ir(ppy)2(acac)). The simulations show that the molecular symmetry axes of both emitters preferentially align perpendicular to the surface during deposition. The molecular arrangement formed on deposition combined with consideration of the transition dipole moments provides insight into experimental reports that Ir(ppy)3 shows isotropic emission, while Ir(ppy)2(acac) displays improved efficiency due to an apparent preferential alignment of the transition dipole vectors parallel to the substrate. The simulations indicate that this difference is not due to differences in the extent of emitter alignment, but rather differences in the direction of the transition dipoles within the two complexes.